The zircon is a mineral formed by Zirconium silica which crystals are part of fine gems. It is sometimes a colorless crystal but that goes from golden to red hues with brown, green, blue and black hues too.

The zircon is a natural stone which can be used as an economical substitute to the diamond. For a long time, it was called "Matura diamond". It is not very resistant to pressure and bezel setting. However, do not confuse zircon with cubic zirconia (zirconium dioxide) that is an artificial and stronger stone. It is used to replace diamonds with a cheaper cost.
Because it is often used as a "substitute", it is often depreciated and not often used despite its richness and beauty.

Its name would come from the Arabian word Zarqun or "cinabre" (red) or from the Persian Zargun "golden". It could also come from the Greek word ὑάκινθος, a type of amethyst. You can also find its origin in the English word Jargoon designating clear color zircons.

Zircon exists in a great variety of colors. Here are some of its names:

History, legends and beliefs about zircon

Formed at the same time than Earth, the zircon is one of the oldest formed stones. It has been known and used for a very long time.
In spite of this antiquity, there are not a lot of information’s, myths or legends about this stone.

The zircon is also mentioned in an old Hindu poem about the mythical tree of Kalpa. This red tree was covered with precious stones and zircon leaves. It was the ultimate God’s gift.

According to some Jewish legends, an angel called Zircon would have guided Adam and Eve to the Eden garden.

The zircon is also mentioned several times in the Bible, under the old name of Hyacinth. It can be found as one of the fire stones gifted to Moses to be part of Aaron’s plastron. It is also one of the stones used to found the Celestial Jerusalem.

In the Middle-Ages, it was thought that the zircon would give a deep sleep and would get rid of bad spirits, and that it would also bring richness, honor and wisdom.

The zircon is also December birthstone. 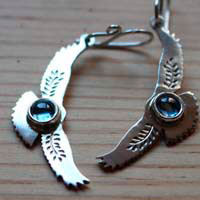 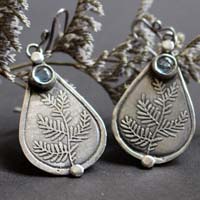 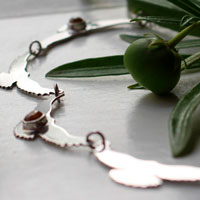 Sold
Ode to the sun 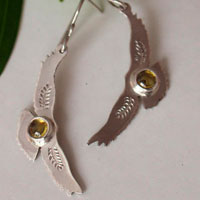 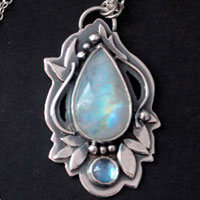 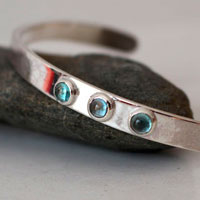 Sold
Made of air and water 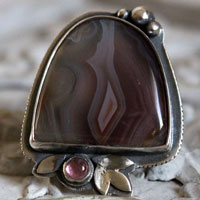 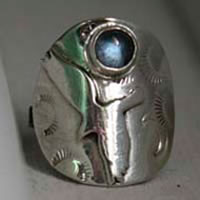 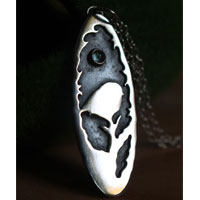