Amber is a resin only coming from certain species of trees dating back to 25 to 40 million years ago. This resin went through a fossilization process allowing it to be hard. It is not a mineral; it is an organic gem such as nacre or coral.

Do not get confused between resin and sap. If the sap is the "blood" of the plant, the resin is a semi-solid aromatic secretion often corresponding to a protective reaction of the plant. Some trees such like conifers; produce this mixture to get rid of diseases, sores, mushrooms, to cure broken branches or to express their stress.

The name Amber comes from the Arabian word "anbar" meaning "what floats on the see", or "grey amber", which name was given to the intestinal concretions of the whale. Just like vegetal amber, it was harvested on the water or on beaches. This is why there may have been confusion.

Amber can also be found under the name of succin or carabe.

Numerous incrustations can be found in amber, such as plants, insects, animals, feathers, hair, air bubbles etc… Insects are often found in amber too. Attracted by the juice of the resin, they are caught in amber forever. You will also find bits of plants such as pollen, spores, branches, leaves…
About amber from the Baltic Sea, more than 214 types of plant were found stuck in amber.

The different types of amber

Amber can be transparent or opaque. The color varies from whitish yellow to yellow, orange and brown. It is quite rare to find red or green tones. The rarest one is blue amber.

How to recognize amber and counterfeiting

Because some types of amber are rare, there is a lot of counterfeiting made of plastic, glass or copal.

Copal is a tree resin mainly found in Mexico and Central America. Even if it is hard, it is far from being as hard as real amber. However, it will look almost exactly like real amber.

Forgers are most of all attracted by amber with inclusions because this is what buyers want to purchase. They concentrate mainly on rare inclusions: scorpions, small animals, flowers etc…

There are numerous tests to detect frauds but you have to make several of them to check if this is real amber or not. As a matter of fact, they can also damage the stone in a definite way.

About amber and incrustations, you just need to think about it. Plants and whole animals, moreover well preserved in amber are very scarce. If the object is too beautiful, it should be in a museum or should be quite expensive to buy.

Amber is a material that always attracted men. They would see it as drops coming from the sun, the tears of the gods, hardened honey, solidified sun…
Because plants and animals were found in amber, it was often associated with the idea of eternal youth. This is also the reason why amber is often associated too with funeral rites, and would be put next to the dead in different cultures.

Amber has been known and used as a jewel or art object since Prehistory. The first traces date back to the ancient Aurignacian. The oldest carved piece of amber was found in Germany and would be thirty thousand years old.

The Baltic Sea is the oldest source of amber and would provide the antique cultures of Europe, Greeks, Egyptians, Celts, Mycenians…

Greeks were the first ones to describe and to try to analyze this material. The first who left a written testimony would be the Greek naturalist Caius Plinius known as Pliny the Elder (23, 79). But Thales de Milet (-625, -547) would talk about the electrostatic properties way long before Pliny the Elder. The ancients had already discovered the electrostatic property by rubbing it against another object. This is the origin of the word electricity that comes from the Greek word elektron, meaning amber.
The most famous Greek myth says that amber would come from the resin of poplars and from alders. According to the legend, Phaeton, son of Helios the sun, would have tried to drive the solar chariot of his father. As he had no experience, he lost the control of his chariot and came too close to the Earth, provoking drought and fires. Zeus had no other choice than blasting him so that the universe would stay safe. The daughters of Helios (the Heliads) would not stop crying the death of their brother and their tears solidified as amber. The gods transformed them in aldars and poplars which solidified tears would still flow in the Eridan River.
Another legend from Sophocles says that amber comes from the tears of the sisters of Meleager whom, transformed into birds, would cry the death of their brother.
Amber also gave the impression of being a piece of solidified sun and was therefore dedicated to Apollo. Apollo was the god of singing, of music, of poetry, of purifications, of healing and of light (not the sun). Amber was his stone because it would warm one’s heart and would transmit solar energy.
Amber was a valuable asset. You can especially see it in the Odyssey where a claimant offers an amber necklace to Penelope, who was the wife of the hero Ulysses, to seduce her.

In Roman culture, women would wear amber as bracelets to preserve eternal youth.

For the ancient Baltic peoples of Lithuania, amber would come from the mermaid goddess called Jurate. She was engaged by obligation to Patrimpas, god of the waters and the seas, the most important of the Lithuanian mythology for water was the source of life. They would live in a beautiful amber palace at the bottom of the sea. But one day, she fell in love with a young fisherman that she kidnapped and brought with her at the bottom of the sea. Perkunas, god of rain, mountains, oaks and of the sky went berserk and threw lightning which destroyed the palace and killed the young fisherman. Jurate was chained to the ruins of her palace to be hit by the waves. Her tears solidified in amber and these are the bits of amber you can find on the beaches, among the ones of the amber palace.

Celts used amber a lot in the form of beads. In the Celtic mythology, this is Apollo banished from the Olympia that would have spread the amber tears.

In the Norse mythology, amber would come from the tears of the love and beauty goddess Freyja.

In France, during the middle-ages, amber powder was used in love potions.

The Chinese people would represent animals with amber which was meant to help with fecundity. There is also the theory that amber would be the soul of imprisoned tigers.

The 34th year marriage anniversary is about amber. It is said that amber keeps the memories, referring to the fact that it imprisons plants and animals forever.

The cycle of seasons 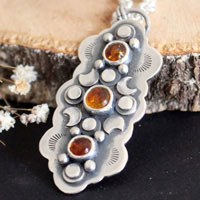 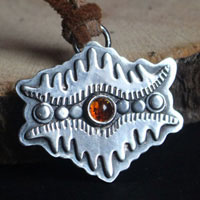 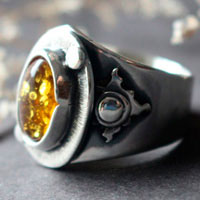 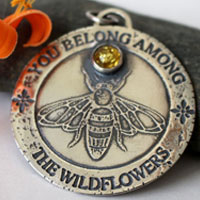 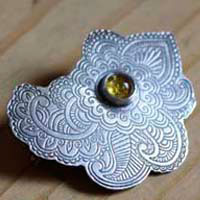